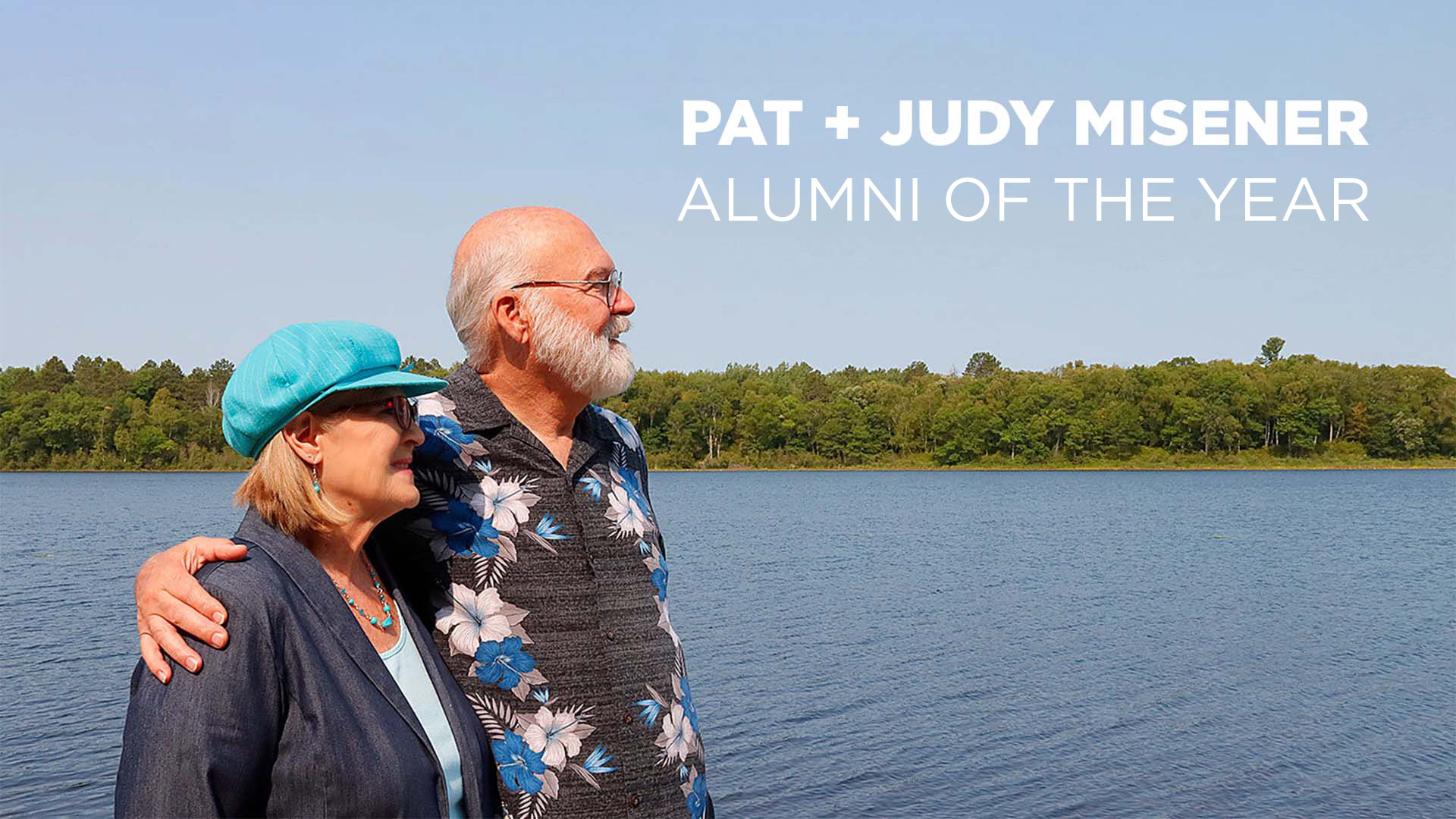 Crown College has selected nonprofit founders Pat and Judy Misener (‘78) as the 2021 Alumni of the Year. They will be honored during the college’s homecoming festivities, Sept. 23-25.

The Minnesota native holds a B.A. in Biblical and Theological Studies and a B.A. in Communication from Crown. Reflecting on his formative years in college, Misener remembers fondly the many faculty members who impacted his life.

“When I look back, the best part certainly was the professors,” he says, noting that his time in the classroom helped guide and fuel his fledgling faith.

“I was kind of a thorn in the flesh a little bit for the administration,” Misener admits. His professors noticed he needed extra help and encouragement to stay on track.

“They certainly gave it,” he says  — as did his wife, Judy. They married two years before Misener came to Crown, sensing a call to ministry.

After graduation, Misener made good use of both bachelor’s degrees. He first worked as a news editor for three years (at the recommendation of a professor) before entering pastoral ministry.

In October 1988, the Misener’s 13-year-old daughter Mickey passed away after an unexpected cardiac event and 38 days in intensive care.

“We have three children, including Mickey,” says Misener, smiling while recalling her tender spirit and compassion for others. “After she died, that’s when we really began to hear about her impact on other students.”

Misener also remembers the painful aftermath as days, weeks, and months passed. The family felt the void of resources for parents grieving the death of a child.

“We found after Mickey died there was a huge vacuum toward us,” Misener says. “Our culture is very fast in moving forward.”

Navigating the bumpy journey together and drawing from their faith, the Miseners slowly began healing and helping other couples walking a similar path.

One step led to another. From the ashes of an untimely death, extreme grief, and God’s grace, something beautiful was born: Smile Again Ministries.

Since SAM’s initial founding in 1999 and its official nonprofit affiliation in 2007, Pat and Judy have pioneered an organization that’s changed lives, saved marriages, and resulted in salvations.

“We’ve seen some really incredible stories,” Misener says. “We try to help families understand that grief will be a lifelong journey. If they can trust God in the dark the way they did in the light, things will and can work out for their good in the end.”

“We try to help families understand that grief will be a lifelong journey. If they can trust God in the dark the way they did in the light, things will and can work out for their good in the end.”

In 2009, the nonprofit purchased a 15-acre property in faith and watched God provide every penny needed to open and operate Whitetail Lodge, a retreat center that provides support and solace for grieving families.

“As soon as we walked on the land, we looked at each other and said this is the place,” Misener says. “It’s just incredible how God has stepped in and moved things forward.”

Over the years, Misener served as interim pastor at several churches while overseeing SAM. He and Judy also created a six-part curriculum on grieving, along with other books, seminars, and services.

Nearly 33 years after Mickey’s death, the Miseners — now grandparents of six — are still on the journey. “This year has been more of a struggle for me,” Misener says. “We still miss her.”

Although there are fresh tears, the Miseners still find reasons to smile again.

The couple celebrates 50 years of marriage this October. They’re settling into a new home in Lake City as retirees, with hands open to whatever comes next on their journey.

“We’re just trying to find where the Lord is going to use us next and go in that direction.”

Learn more about Pat and Judy Misener and Mickey’s story at smileagainministeries.org.