11 Countries in 11 Months: Crown Alumnus Shares Stories From Across the World 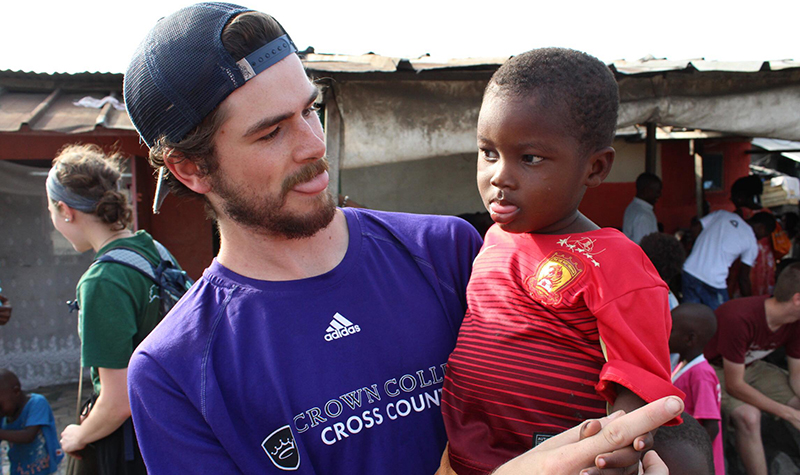 You open the door of your taxi.

You step out of the yellow, rusted cab and your heart stops. Before you is a small African village. Huts scatter across the vacant landscape, made up of just four walls and no roof. Trash and broken glass surround them. Bacteria and chemicals float in the puddles along the ground, turning the water into lime green muck.

You begin to walk. Keeping your eyes down, you try to avoid stepping in waste or contaminated water. Children are laughing nearby. You stop to look up, and there are children running and playing together. People are living, even playing, in these conditions.

Moving forward, you spot a black rock in front of you and step onto it. Your sandaled foot suddenly submerges into the ground. The “rock” is actually dirt, waste, and muck. Frozen in panic, you look up and lock eyes with a young girl about 15 yards away. She’s around eight years old. She’s holding a bucket filled with water. You pull your foot from the mud and walk to her. She takes your foot and begins pouring her water over it, even wiping and cleaning your foot with her hands. This young girl, living alongside trash and waste, didn’t even hesitate to give up her valuable water to help you. It’s one moment in this journey that you will never forget.

Crown alumnus Breier Sanders is on a race. While there isn’t a finish line, he’s collecting countless experiences and memories along the way. The World Race is a year-long adventure that takes those aged 21 to 35 across the world to spread the gospel. The young adults travel to barren countries and meet thousands of people yearning for love and aid. The race isn’t easy. Participants commit to leaving home and stepping into a foreign world for over 11 months.

“I remember I was in Germany taking a FlexBus,” says Sanders. “I was sitting there when I made the official decision to do the World Race. Immediately I felt a peace take over my body. God really confirmed that I made the right decision. I had been thinking about doing the World Race for months–praying and only telling those who I knew would be praying for me and those who could speak wisdom into the situation. It was scary deciding to leave home for a year, but even scarier was staying home and being the same.”

Before leaving, race participants make a few preparations. One of the first steps after committing to the World Race is coming up with a portion of the funds. The race costs about $17,000 total. Six months before Sanders left in January 2018, he fundraised about $10,000. This April, Sanders needs to meet his $15,000 deadline.

“Even through this intense process and sometimes utter rejection, I find so much progress,” says Sanders. “Just stepping out and asking is huge. If you feel led to partner with me, it’s very easy. Just go to breiersanders.theworldrace.org and click ‘DONATE.’ It would be such a blessing to be fully-funded by my next deadline, and any amount helps.”

Another preparation you might have to make before leaving on a year-long missions trip? Packing! At first, this might not seem very significant. Sanders explains questioning what he might really need away from home, meeting strangers and living with people he barely knew.

“What do you bring in a backpack for a whole year?” Says Sanders. “I still don’t know, and that’s the beauty of it. I remember reading past missionaries’ and World Racers’ blogs about what to bring and what to leave at home. I realized it didn’t matter. I relied on Matthew 10:9-10. Jesus is sending his disciples out and says this before they leave on a massive missions trip. He says, ‘don’t bring any gold or silver or copper to put in your belts–no bag for the journey or extra shirt or sandals or a staff, for the worker is worth his keep.’ God just wanted me there, on the front lines, sharing what He has done in my life.”

In addition to packing and funds, Sanders explains that before you go into missions, you need to have a strong foundation. This is just as vital for your experience and work.

“Crown College helped equip and prepare me for this missions trip,” says Sanders. “Attending Crown helped build my faith so that while I am here, I have a strong foundation to stand on. Your faith is the most valuable thing you can have and Crown has helped me realize that. It’s a big part of why I am doing missionary work.”

January 2018 arrived quickly, and it was time for Sanders to say goodbye to his friends and family for a year. The team flew out from Atlanta, Ga., and arrived in Cotè D’Ivoire, West Africa. They stayed in Abidjan. Venturing out into the city, Sanders noticed it was incredibly overpopulated. Shops crowded the streets. Cars and trucks packed the roads, ignoring traffic laws of any kind. Many of the people were poor and hungry.

The city is situated along the Ivory Coast, so the team visited the ports along the ocean. There they met truckers picking up shipments of cocoa beans, wheat, and soybeans.

“We would literally go under the trucks and have conversations with truckers about religion every day,” says Sanders. “They were mostly men of the majority belief. They were full of hospitality and kindness. Full of confusion as well–most of the men had never actually read their own religion’s book. They believed what is passed down to them from their parents. In their faith, your family can disown you if you leave it. We ran into this many times when sharing with people. We needed to remember that sometimes we plant the seed, sometimes we water, and sometimes we harvest. We shared the gospel with 286 people and 54 of them accepted Christ just in Abidjan during our month there.”

Sanders and his team continues to travel across Africa, visiting 11 different countries within 11 months and speaking with people of different religions and faiths. The journey has been far from easy. But one thing Sanders points out: while he’s changing others, he’s changing himself, too.

“The real change has been in my heart,” says Sanders. “I feel I have a greater capacity for compassion and understanding. So far, this experience has shaped my heart into something that God desires for it to look like. That is what I want, to see the world through God’s eyes, and every human just as that–a human. A person who is loved and cherished by God.”

11 Countries in 11 Months: Crown Alumnus Shares Stories From Across the World 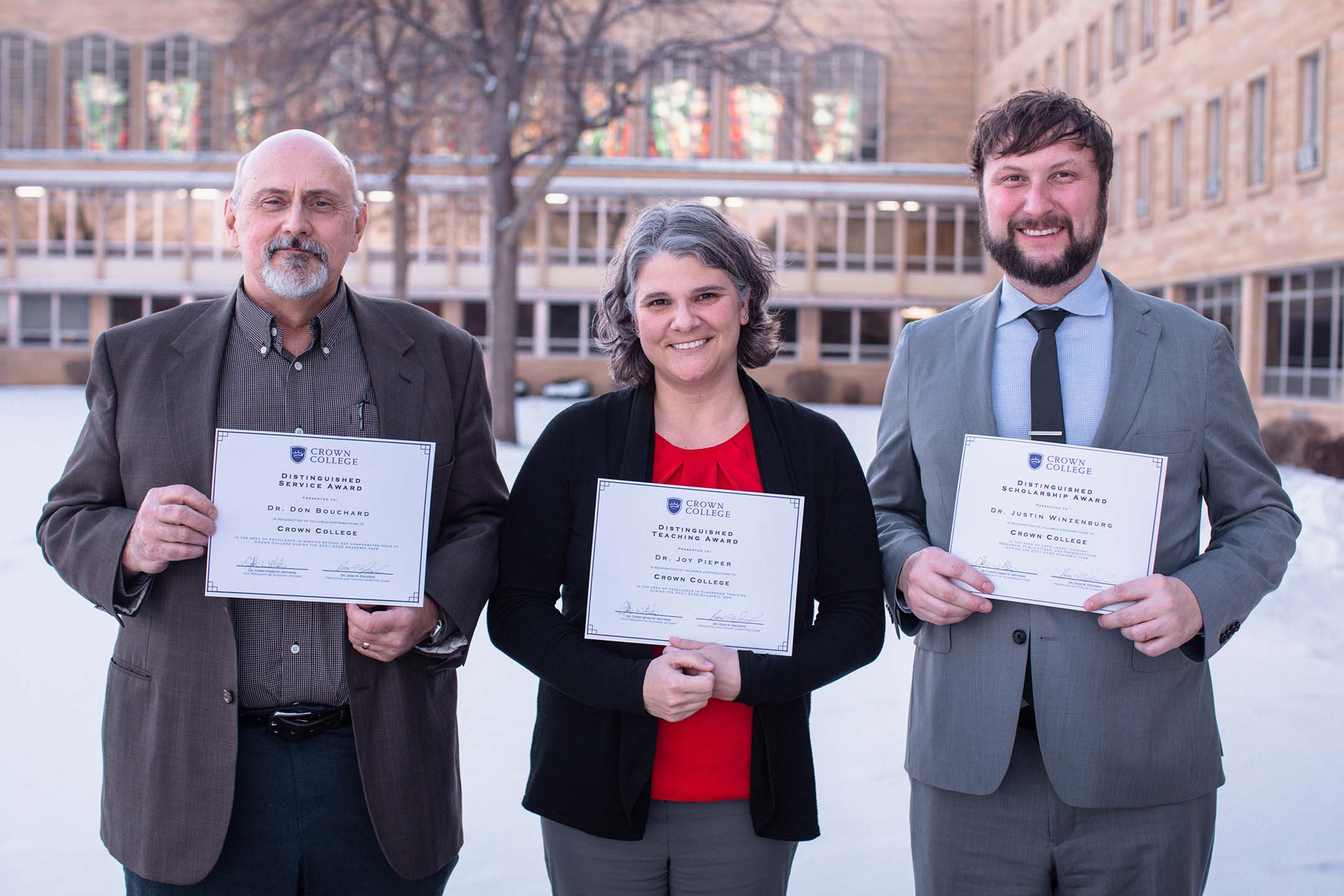 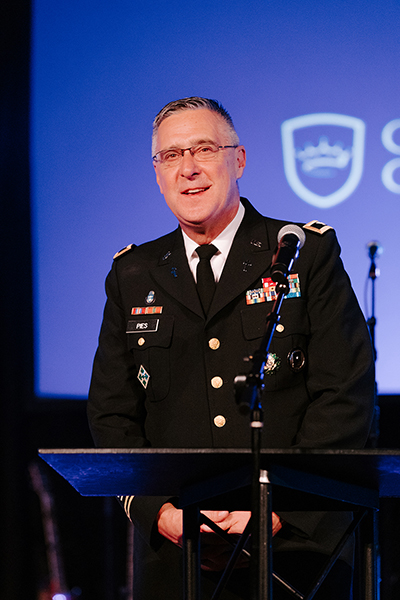 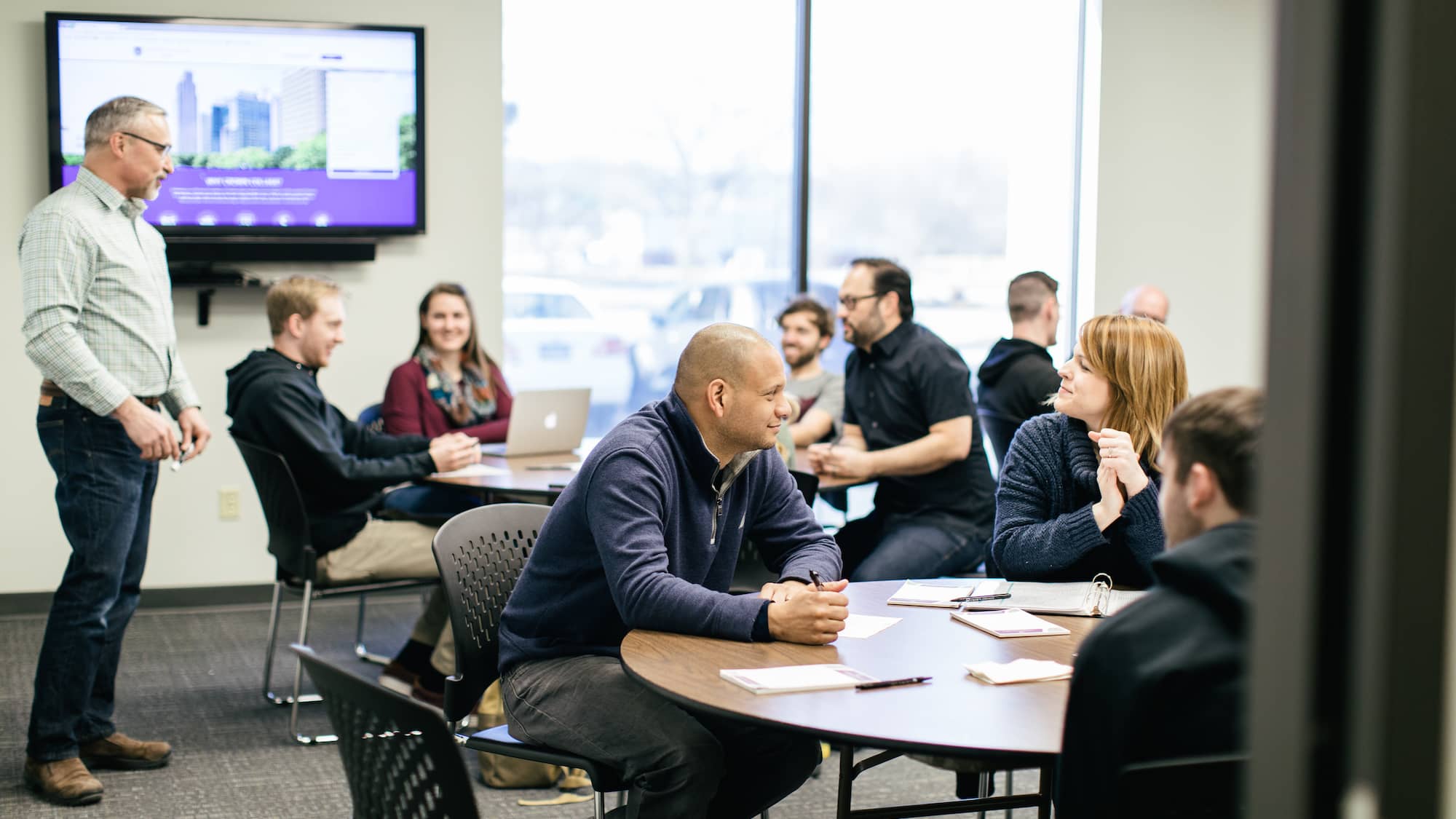